The History of Alloyed Stainless Steels 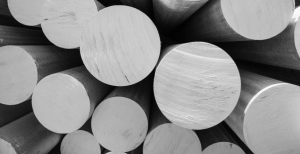 The technological concepts which were used to develop the first alloyed stainless steels were conceived in the early 19th century.

In the year of 1821, a French scientist by the name of Pierre Berthier discovered that an alloy of iron and chromium was resistant to a range of different acids. His discovery would kick-start the quest to create an alloy which was equal parts strong, affordable, and anti-corrosive.

Scientists experimented with different alloys, primarily utilizing the elements of chromium, carbon, and tungsten. Eventually, in 1875, another French scientist by the name of Brustlein discovered that, in order for stainless steel to be feasible, it would require a low level of carbon.

While scientists worked to reduce the level of carbon in different alloys, they didn’t start to see much real success until the 20th century.

Once these compositions were published, fellow scientists set out to tweak them, attempting to determine what elements were responsible for different characteristics of the alloys.

The person who is often credited as having created the first stainless steel is Englishman Harry Brearly. His stainless steel was an alloy of chromium and iron, containing a 12.8% chromium content.

Once Brearly had created his steel, the floodgates were open. Inventors and scientists started experimenting with alloys of all kinds, using them to manufacture a range of goods, from scalpels, to silverware, to airplanes, to trains, to cars, to weaponry, and more.

As the century progressed, stainless steel saw uses in more and more applications. Different alloys were created, allowing manufacturers to meet a variety of different product needs without breaking the bank.

Today, alloyed stainless steels are more sophisticated than ever. While the tried and true alloys still see uses in various applications, more modern alloys are being used to accommodate a range of applications which once couldn’t be accommodated.

Technologically-impressive alloys such as duplex stainless steel, also known as S31803 or 2205, are equal parts strong and anti-corrosive; and all at a reasonable price, to boot.

Wondering where you can spot stainless steel today? Everywhere! Cars, monuments, cutlery, watches, and oil pipes are just a few of the many products which consist of stainless steel.

Are you looking to buy specialty alloyed stainless steels? If so, look no further! Great Plains Stainless is one of world’s premier stainless steel providers.

We sell stainless steel products of all kinds, from pipes, to bars, to fittings, and more. Regardless of the type of stainless steel you’re looking for, we can, and will accommodate you.

Each User owns and is responsible for the content that such User posts on our Great Plains Stainless Site, including information that such User publishes and makes available for other Users to view.

By posting content on our Site, you represent and warrant that:

In order for you to share your information with others, Great Plains needs your permission to reproduce your information on or through this Site. Therefore, under these Terms and Conditions, by submitting, posting or displaying any content to or on this Site, you agree to grant Great Plains a non-exclusive, worldwide, assignable, sub-licensable, and royalty-free right that permits us to copy, distribute, publish, remove, retain, and use your content or information without any further consent, notice or compensation for the sole purpose of enabling Great Plains to provide you with its Services.

Additionally, with the objective of reaching more people and facilitating connections, you hereby grant Great Plains the right to share published information from our Site with other sites with which we have partnerships. Information published on our Site may become public information at the time of its distribution on other sites, via email alerts, RSS feeds, search engines, and other social media tools.

Furthermore, by submitting or posting content on the Site, you agree to provide other users with a license to permit Users of the Site to download and share content from this Site, provided that they properly attribute the work to the author, do not alter it in any way, and do not copy or use the work for commercial purposes.

User-to-User Communication and Sharing. The Site includes various forums and blogs where you can post your observations and comments on designated topics. Great Plains cannot guarantee that other Users will not use the ideas and information that you share. Therefore, if you have an idea or information that you would like to keep confidential and/or do not want others to use, do not post it on the Site.

Great Plains is not responsible for a User's misuse or misappropriation of any content or information that you post in any forums, blogs, and other sections of the Site.